Consulting companies getting active in AI

The only reason why we listing it here because it is interesting to see how consulting firms are trying to get into the game of advising companies on they should respond to the rise of machine learning.

Leslie Wilcox (LSE): AI will not cause net job losses 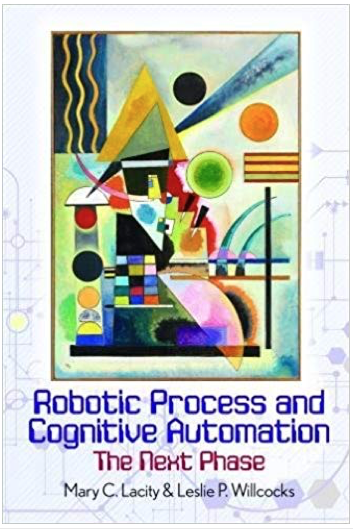 Interesting Essay on AI by the Ex-head of Google China

The Human Promise of the AI Revolution

Artificial intelligence will radically disrupt the world of work, but the right policy choices can make it a force for a more compassionate social contract.

Here are a couple of exerpts:

"If handled with care and foresight, this AI crisis could present an opportunity for us to redirect our energy as a society to more human pursuits: to taking care of each other and our communities. To have any chance of forging that future, we must first understand the economic gauntlet that we are about to pass through.

Many techno-optimists and historians would argue that productivity gains from new technology almost always produce benefits throughout the economy, creating more jobs and prosperity than before. But not all inventions are created equal. Some changes replace one kind of labor (the calculator), and some disrupt a whole industry (the cotton gin). Then there are technological changes on a grander scale. These don’t merely affect one task or one industry but drive changes across hundreds of them. In the past three centuries, we’ve only really seen three such inventions: the steam engine, electrification and information technology.

AI’s main advantage over humans lies in its ability to detect incredibly subtle patterns within large quantities of data and to learn from them. While a human mortgage officer will look at only a few relatively crude measures when deciding whether to grant you a loan (your credit score, income and age), an AI algorithm will learn from thousands of lesser variables (what web browser you use, how often you buy groceries, etc.). Taken alone, the predictive power of each of these is minuscule, but added together, they yield a far more accurate prediction than the most discerning people are capable of.

For cognitive tasks, this ability to learn means that computers are no longer limited to simply carrying out a rote set of instructions written by humans. Instead, they can continuously learn from new data and perform better than their human programmers. For physical tasks, robots are no longer limited to repeating one set of actions (automation) but instead can chart new paths based on the visual and sensor data they take in (autonomy).

Together, this allows AI to take over countless tasks across society: driving a car, diagnosing a disease or providing customer support. AI’s superhuman performance of these tasks will lead to massive increases in productivity. According to a June 2017 study by the consulting firm PwC, AI’s advance will generate $15.7 trillion in additional wealth for the world by 2030. This is great news for those with access to large amounts of capital and data. It’s very bad news for anyone who earns their living doing soon-to-be-replaced jobs."

AI is finding its way into hiring of big companies

This is a very interesting report by the WSJ.